Fashion photography these days is more than showcasing clothes and faces. It tells a story and the vision of the brand. It communicates a message, whether it’s to buy the product, inform the customers about the benefits of the clothing, or inspire them to love themselves.

The ideal fashion photographer, therefore, should have not only an incredible eye for detail or amazing aesthetics. They also know branding, messaging, target positioning, and marketing.

But many people don’t know that fashion photography today was miles apart from what it used to be in the 1940s and definitely in the 1920s. Like everything else, it evolved to showcase the changes in the dynamics of the times.

According to history, George Eastman, who produced paper films in the mid-1880s, released the first official camera for sale in 1888, which he called Kodak. However, the road to inventing the device was long.

It began with the concept of camera obscura that historians could trace back to the ancient Chinese. They also used the huge box to study astronomy and optics.

The first portrait photograph was supposed to have been taken in 1839, but fashion seemed far off from people’s minds then. Instead, pictures were more morbid as they memorialized and immortalized the dead, sometimes grotesquely positioned to somehow look good on the camera.

However, it didn’t take long before photography took off, and some eventually specialized in their subjects. By the mid-1800s, several commercial photographers became popular in taking portraits, according to Art Story.

One of the first subjects was Emperor Napoleon III’s mistress, the Countess di Castiglione Virginia Oldoni. She collaborated with Pierre-Louis Pierson, who operated a studio that mastered hand-colored daguerreotypes.

Both worked for around 40 years, where Pierson captured at least 800 images showing the countess in various dresses, poses, and sceneries.

Meanwhile, in 1853, French designer Charles Frederick Worth worked with Marie Vernet to model his designs. Thus, she became the first fashion model who didn’t have a celebrity status before the collaboration.

Two of the magazines that spearheaded the growth of fashion photography, especially in the United States, are Vogue and Harper’s Bazaar.

In 1910, well-known photographer Edward Steichen fulfilled a dare from a close friend when he promoted fashion as fine art via photography, combining aesthetics, movements, and portraits. While the subject’s face mattered, he also highlighted the clothing by strategically designing the studio and the lighting.

Then, in 1909, Conde Nast, one of the well-known publishers based in New York, bought Vogue (and then, later, Vanity Fair). Being a fashion magazine through and through, and in a burgeoning US market at that, it allowed more commercial photographers to venture into fashion photography. 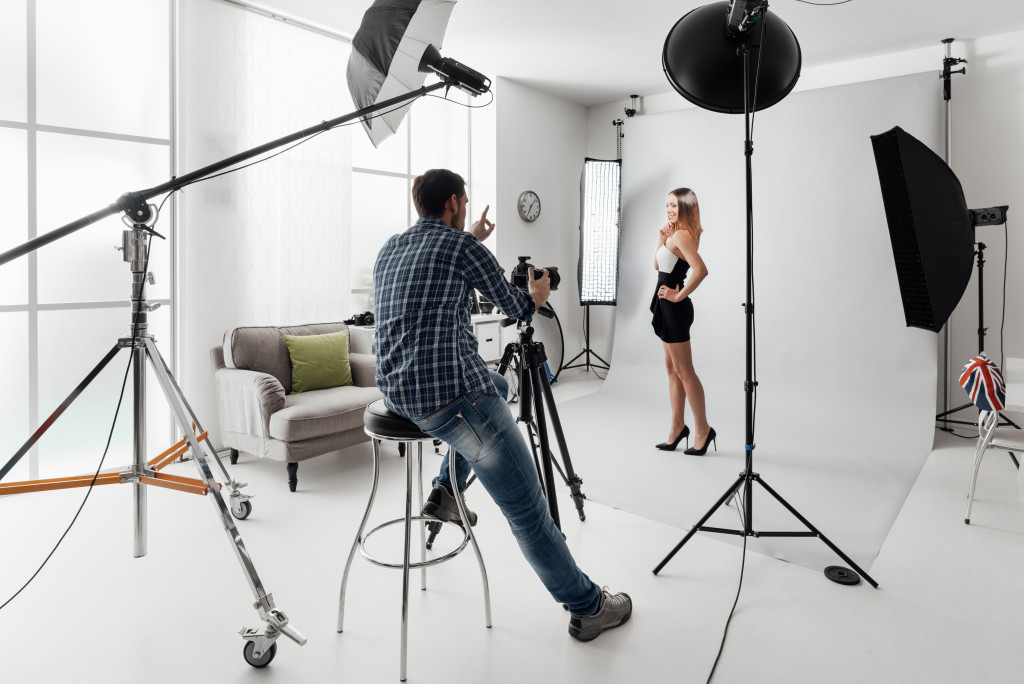 Vogue, however, wasn’t alone in the industry. It was up against its staunchest rival Harper’s Bazaar. When the Conde Nast brand rose, the latter was left behind. It didn’t help that it seemed to be lost on its mission.

Then 1932 came. The former fashion editor of Vogue Carmel Snow moved to Harper’s and envisioned the brand to be not only feminine but also luxurious and sophisticated. He hired Russian photographers for the shoots.

One man, in particular, Martin Munkacsi, revolutionized fashion by capturing the model Lucile Brokaw in motion. In 1934, the company hired Alexey Brodovitch to be its artistic director. He didn’t flinch when he implemented radical changes such as in layouts, combining photos with bold texts. Both helped Harper’s achieved its goal: look and feel edgy and different from Vogue.

World War II launched the make-do-and-mend campaign, which encouraged everyone, mostly women, to repurpose and recycle clothes. After all, fabrics and fiber were scarce and, therefore, rationed. But this also promoted the use of artificial materials, which found their way in fashion magazines.

Beyond that, the war introduced a massive shift in the workforce: women found themselves taking over the jobs left by men. Along with it was the idea that the ladies could also be in control and independent.

How did it translate to fashion photography? Perhaps one of the biggest events in the industry was featuring models of color.

In the 1990s, the grunge movement found its way to publications, particularly The Face, a nonconformist magazine in Britain. The images revealed that fashion photography could be more than about art—it could also be cerebral, touching on issues that mattered in society at that time without being too blatant about them.

Time can only tell how this art form will evolve. One thing seems clear: it will bring with it the lessons and changes of the yesteryears.